What can we do with our laser?

What can we do with our laser? 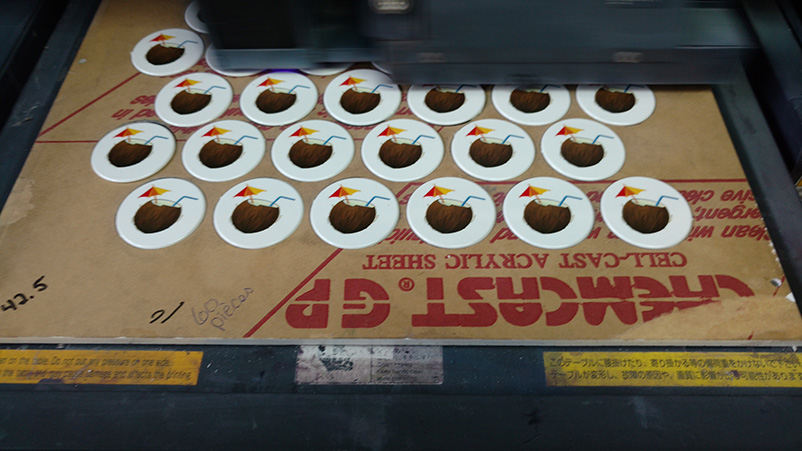 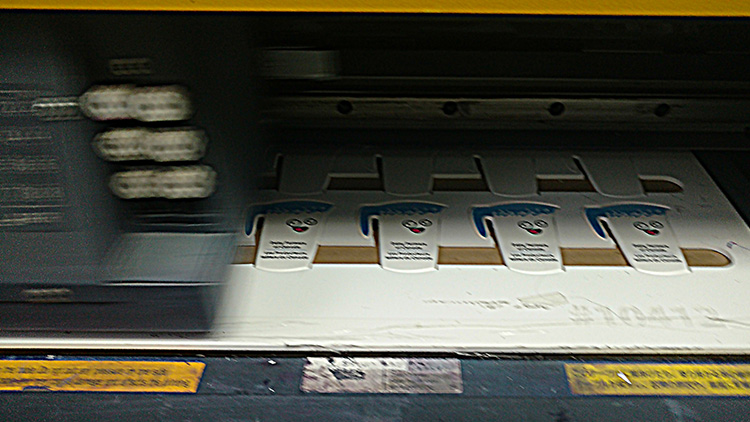 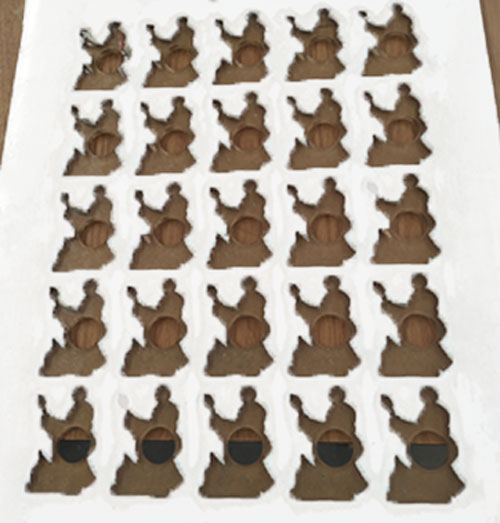 We are printers. For objects we print digitally, we have different templates for each product. The imposition is done according to the product’s place on the templates.

Those print templates are created with our laser. The piece’s shapes are cut through acrylic: our laser operator must do some tests to be sure the pieces will be placed and removed easily.

When the cut is satisfying, our operator sticks the cut-out acrylic on another acrylic plate. Then, our template for the pieces is ready!

A local village was celebrating its foundation anniversary. Its committee wanted two different designs on western cedar plates, as large as possible.

After receiving their designs, we have been confirming the prices, with an estimated engraving time.

With the plates in hand, we have been discussing the engraving side and grain direction. We produced a sample on the same material to verify the desired engraving depth.

Then, we engraved their text for delivery within the same week. Those have resulted in beautiful commemorative plates that indicate visitors were in the right place!

A MDM’s client had desired to engrave his logo on cutting boards. We were asked to do it.

Umano Medical was happy to know that all the production of its project was done in the region. A great local collaboration to congratulate their colleagues’ work! (See them on Facebook here and here!)

While engraving, our members were fully enthusiastic about the quality of the cutting boards produced by Horisol: some had ever ordered one for themselves!

Thanks to Horisol for the photo of the Umano Medical cutting boards.

Those cutting boards were far away from the project of campground identification plates we had also done. We even have been engraving our values on a corkboard!

So you can be fully creative with laser engraving. Even more than our set up to engrave!